Insomnia is a sleep disturbance that affects children where they have trouble falling asleep and staying asleep during the night. Insomnia can be classified based on duration such as short or long-term as well as the frequency and severity of the problem. Short term insomnia happens for just a few days up to weeks and can be caused by factors ... END_OF_DOCUMENT_TOKEN_TO_BE_REPLACED

Chronic fatigue syndrome is also called myalgic encephalomyelitis (ME) which is a condition that makes a person feel so tired and not capable of performing normal and daily activities. The condition becomes worse when performing physical and mental activities. It affects several systems of the body such as muscle pain, weakness, impaired memory and insomnia. Some people describe weakness as ... END_OF_DOCUMENT_TOKEN_TO_BE_REPLACED

Hypersomnia is a condition that is characterized by excessive episodes of daytime sleepiness or a longer time of sleep during night. Hypersomnia can be caused by medications, sleeping disorders, medical and psychiatric illness. Symptoms of hypersomnia Frequently having naps during the day, sometimes at inappropriate times such as at work, in a conversation and during a meal. These daytime naps ... END_OF_DOCUMENT_TOKEN_TO_BE_REPLACED 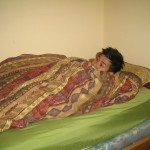 Dementia is a group of symptoms that occur when the brain is affected by specific diseases and conditions that are characterized by memory loss and difficulties with thinking, problem solving and language. Dementia can be caused by diseases such as Alzheimer’s disease or by a series of strokes. Dementia is an umbrella term and it describes the symptoms when your ... END_OF_DOCUMENT_TOKEN_TO_BE_REPLACED

Tips For Dealing With Paranoia

Paranoia is a condition that is categorized into mental disorders. People dealing with paranoia are advised to create a clear line between reality and fantasy. You can also be able to help someone with this condition to manage it better. It’s imperative to behave in a compassionate manner so that the patients do not feel like they’re going crazy. Help ... END_OF_DOCUMENT_TOKEN_TO_BE_REPLACED 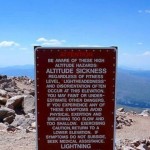 Altitude sickness occurs when the lungs cannot get enough oxygen from the air, specifically at high altitudes. It is also commonly called mountain sickness. It mostly occurs to people who are not used to high altitudes too quickly, specifically at altitudes 2438m (8000ft) or higher. There are three forms of altitude sickness, which will be discussed later. There is no ... END_OF_DOCUMENT_TOKEN_TO_BE_REPLACED

Helping Someone Suffering From A Seizure Attack 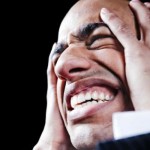 First aid for seizure is an essential skill to learn. A seizure can happen anytime, anywhere and you have to know how to deal with it right away. Seizures occur due to excessive, uncontrolled electrical activity in the brain. It causes sudden involuntary alterations in movement, consciousness or behavior. Usually, a seizure attack lasts for a two to three minutes. ... END_OF_DOCUMENT_TOKEN_TO_BE_REPLACED 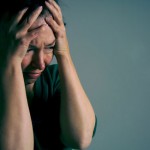 Schizophrenia refers to a bunch of similar mental disorders that are associated with peoples’ inability to understand reality. Often, people with this mental illness have irrational thoughts and beliefs. They have a problem with social interaction and often exhibit unusual behavior without any logical explanation. The people going through this may even have hallucinations and other such symptoms that limit ... END_OF_DOCUMENT_TOKEN_TO_BE_REPLACED