There are several types of altitude sickness.

Air in higher altitudes has lower air pressure, thus it is thinner. Because of the decreased pressure, the body cannot get as much oxygen as it needs, thus leading to symptoms. The symptoms will vary on the type and may be mild to severe. Symptoms may not necessarily manifest at the arrival at high altitude. Sometimes, symptoms may symptoms after 24 hours.

Early diagnosis is important in altitude sickness. It is easiest to 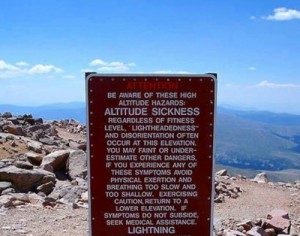 treat at its early stages. It is recommended to do several steps to avoid aggravating altitude sickness.

There are several ways to prevent altitude sickness: